CareCom’s Chief Financial Officer, Claus Hansen, has started his summer vacation. Rather than taking the easy route and flying with his favorite airline, Claus has embarked on a 21-day bike ride from Herlev, Denmark to Bargemon, France. Claus wants to prove that he can still take on such a physical challenge at the impressive age of 67. Although he hasn’t been riding bicycles for long, he’s always been active: in his youth, he played elite soccer and has continued to live an active lifestyle. Claus is accompanied by his wife who drives alongside him every day and is cheered on by the CareCom teams in Virum, Denmark and the U.S. He’s a perfect showing that healthy living is sustainable and isn’t just for 20- and 30-somethings.

At CareCom, Claus takes care of the financial side of things in close collaboration with our CEO. His background as a professional accountant helps him to advise other chief officers at CareCom and guide global operations. His dedication, both to CareCom and to healthy living, inspire us to continue to improve to help others live their healthiest and happiest life. 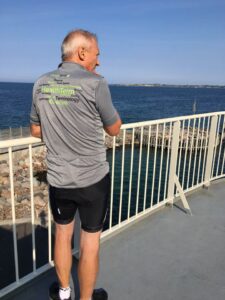 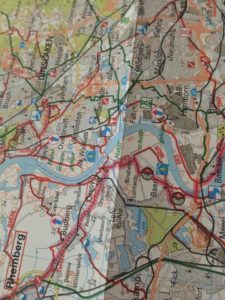 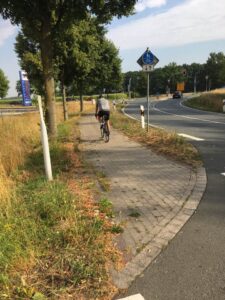 During his bike ride thus far, temperatures have been in the high 80s – something that Claus, as a Dane, is unaccustomed to. “It’s so warm. Yesterday it was 90 degrees,” Claus explained. He’s dealing with the heat by staying hydrated. “I’ve never drank so much water as I have these last seven days. I think I’m drinking 4-6 liters of water every day,” he told us as he geared up for his eighth consecutive day of biking. He says it’s been a challenge, even more so than he originally anticipated, but that the hardest thing is finding his way: summer road construction often sends him off his path to a long detour. Difficult as 100 kilometers plus detours every day is, he says the physical demands have been the least of his problems. “The legs are good!” he joked.

Once he reaches Bargemon, he plans to take a more traditional vacation, relax with his wife, and reflect on his accomplishments. Today, he’s in southern Germany: well on his way to his final destination. Help us cheer Claus on as he bicycles his way to France all the way from Denmark!